Marketer
on the Rise

Inductees to Canada’s Marketing Hall of Legends and the Marketer-on-the-Rise award are reviewed and selected by an accomplished group of brand and marketing leaders. The CMHOL jury exemplifies the diversity of the marketing industry and provides the CMHOL with strong, credible decision-making prowess. We are honoured to have this distinguished committee of industry experts involved in the judging process. 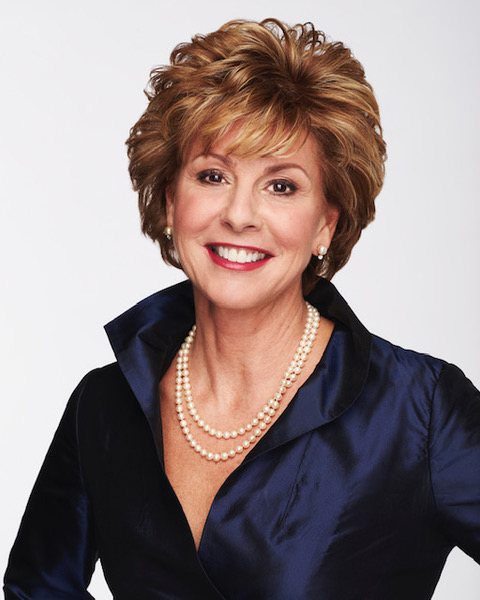 Nancy Marcus is one of Canada’s most recognized marketing professionals in the consumer packaged goods (CPG) industry. Her keen strategic insights and superior, bold marketing innovations have made her an award-winning influencer for more than 40 years.   She has had tremendous impact on how company’s market their products in the CPG industry working collaboratively and cross functionally within the organization.

Nancy has been a trailblazer since the start of her marketing career at leading companies including Phillip Morris and RJR MacDonald as one of the few female VP’s to have a seat at the executive level. Most recently as Chief Marketing Officer at Kruger Products she was the only female on the KPLP Management Team for more than a decade, Nancy has successfully contributed to the changing CPG landscape by redefining how companies embrace marketing to deliver bottom line profitability.

Her keen insights and intuition position her as a “change agent” by demonstrating how brands can talk to a consumer from a women’s perspective with intelligence and respect.  By applying this strategy, she has gained prominence as a brave marketing pioneer by developing breakthrough marketing and trade strategies within the dynamic grocery environment and her credible longevity has contributed to the success of KPLP as Canada’s brand powerhouse and market leader in the consumer tissue industry.

Since the beginning of her career, Nancy has helped to redefine the role of women in the industry.  In each of her roles at various companies, Nancy has demonstrated that women can overcome obstacles, accelerate business growth and reach their personal aspirations. Her passionate entrepreneurial spirit, combined with her commitment to leading a balanced lifestyle and raising a family, is inspirational and demonstrates Nancy’s exemplary hard work and dedication to overcoming hurdles and reaching her goals.

A recipient of the 2014 Top 100 Most Powerful Women Award and the Star Women in Grocery 2014 Award, Nancy has been an active and dedicated participant in the industry and community, particularly those focused on the advancement of women in the workplace and nurturing and mentoring countless young professionals, providing valuable insights on how to flourish in the CPG industry.  She is a member of the WXN Wisdom Top 100 Mentoring program and has trained and mentored many young professionals, providing valuable insight on how to navigate, grow and succeed in the CPG and marketing industry. 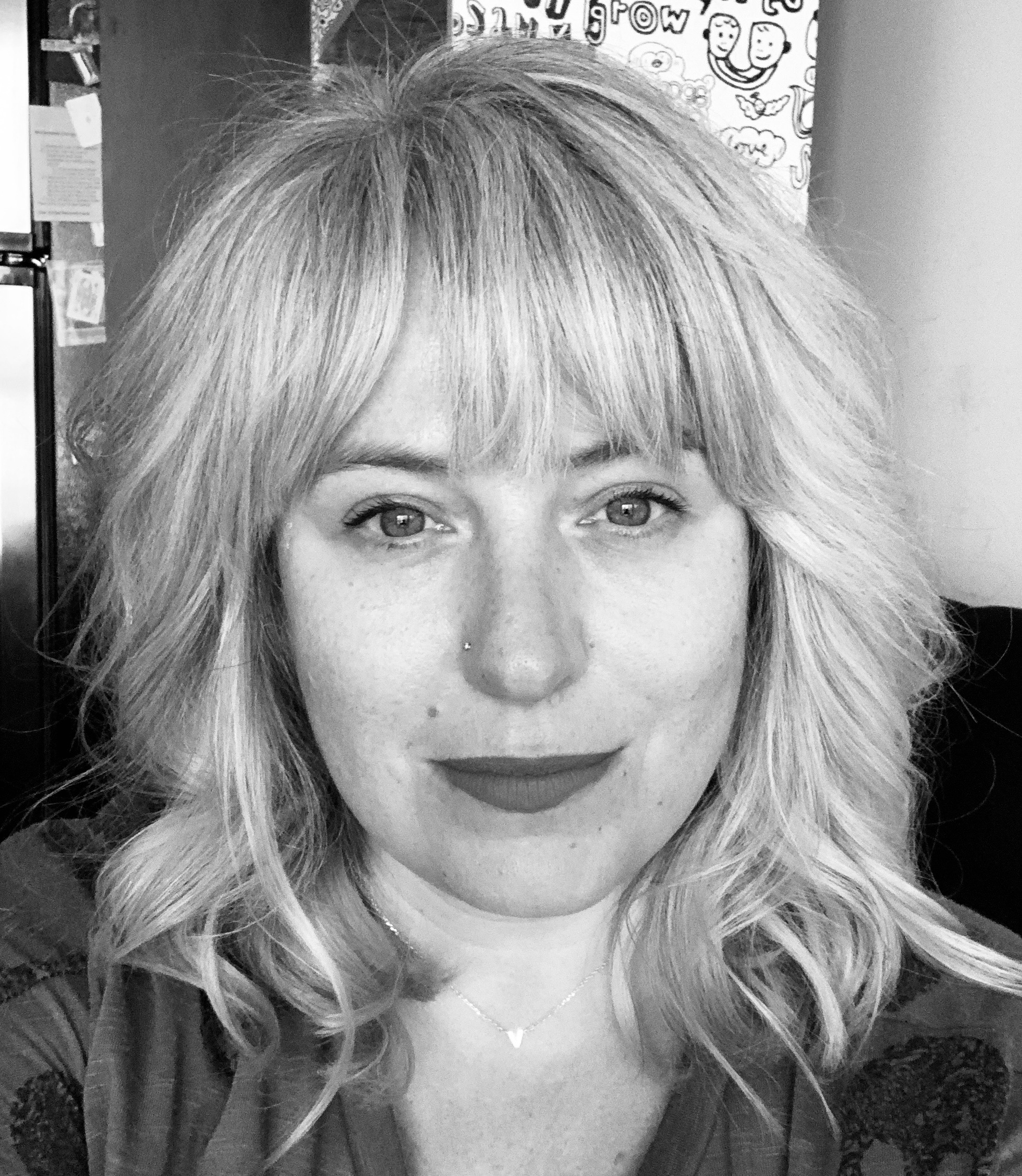 As head of industry at TikTok Canada, Vanessa (V) Gaik enables clients and partners to find new ways to reach and resonate with audiences while driving ROI. Through a stroke of dumb luck (and a lot of hard work), she inadvertently snagged a front row seat to the technological revolution in 2007. Since then, she has been enabling businesses like Yahoo!, Instagram, Facebook and now TikTok to build and strengthen their footprint in Canada.

Vanessa brings zero talent to her TikTok account, but she does bring more than 15 years of experience in media, marketing and technology - which lends a unique perspective to modern day business challenges. A builder at heart, she thrives in ambiguity and chaos and stays motivated by the endless opportunity to drive meaningful change. 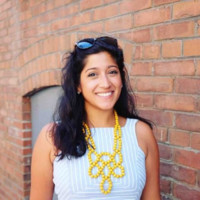 Sarena is a passionate Partnerships and Marketing Leader from Toronto, Canada. With 14+ years of experience, Sarena's career blossomed when working with some of the top brands in Canada during her agency tenure. She led digital strategy and performance marketing for brands such as of L'Oreal Paris, McDonald's Canada, CIBC, and more. Her award winning work has earned her a Marketing Innovation Award, a spot on Marketing Magazine's 30 Under 30 Marketers in Canada and she was inducted into AMA's Marketing Hall of Legends in 2013.

Over the past decade, Sarena has honed her partnership skills across vibrant technology companies like Facebook & Instagram, Bunz, and SkipTheDishes and is currently leading Global Partner Marketing At Shopify. She has a passion for solving business challenges and building teams and when she's not at work she's entertaining her daughter, globe trotting and tinkering with power tools and crafting supplies. 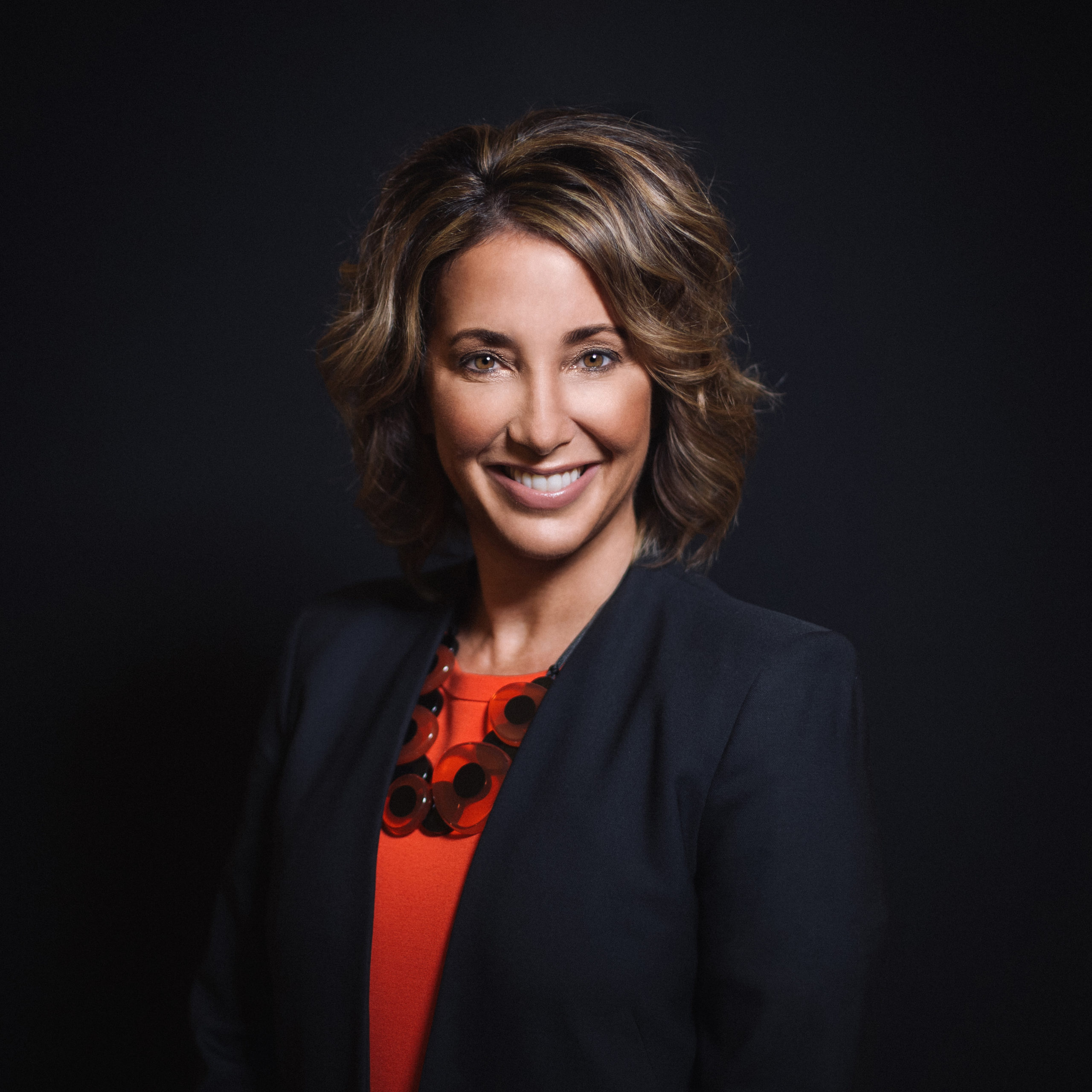 Lisa is global managing director of Sector Specialty Agencies (SSAs), DJE Holdings, and also oversees Edelman’s Canadian and Latin American operations. Edelman is a global communications firm that partners with businesses and organizations to evolve, promote and protect their brands and reputations. Lisa sits on Edelman’s Executive Leadership Team. In her role, she provides senior counsel to clients, and is responsible for the growth strategies of both the SSAs and the regions that she oversees.

Lisa’s fresh, collaborative and authentic approach has not only resulted in award-winning programs for clients but has fostered a corporate culture based on innovation, teamwork and integrity. Edelman Canada has been recognized as one of the Great Place to Work® Best Workplaces in Canada and Best Workplaces for Women for ten consecutive years.

Passionate about advancing women in business, Lisa is chair of the firm’s Global Women’s Equality Network (GWEN), which is committed to fostering an environment where women of all backgrounds can enjoy equal opportunities.  She is committed to supporting future leaders and championing women’s causes. She is a sought-after speaker and commentator at events and in the media.  In recognition of her efforts, Lisa is a recipient of both the Financial Times and HERoes Champions of Women in Business Top 100 Female Executives, and a 2019 YWCA Toronto Women of Distinction award for Corporate Leadership. She has also been inducted into the Women’s Executive Network (WXN) Top 100 Most Powerful Women in Canada Hall of Fame.

She sits on the Boards of Directors of the Toronto Region Board of Trade and CivicAction.  Lisa also sits on the Global Advisory Board for G(irls)20, and is a member of the Canadian Chamber of Commerce Council for Women’s Advocacy. 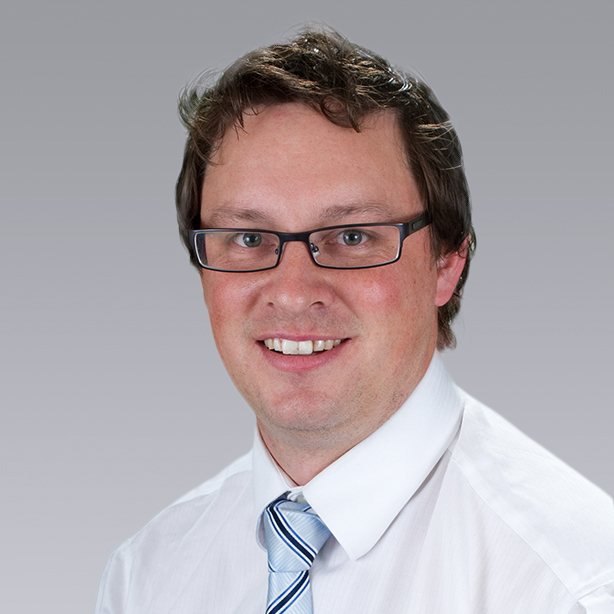 Lex Perry is Vice President, Marketing, Communications and Research for Colliers in Canada. Colliers is a leading publicly listed commercial real estate services firm and a great Canadian success story with more than 15,000 employees in 64 countries.  Lex brings more than 20 years of B2B marketing experience from Australia, New Zealand and now Canada where he has built an award winning, multidisciplinary marketing and research team.

A curious life-long learner, Lex completed an EMBA at the Beedie School of Business (SFU) at the youthful age of 43 before joining the BCAMA Board of Directors in 2021.  Lex is passionate about people’s careers and believes the BCAMA plays a critical role in providing professional development and networking opportunities for marketing professionals. Lex is really excited to be a part of this organization and help accelerate its mission.

Outside of work, Lex enjoys being active, skiing, playing cricket and Australian rules football. He loves spending time in the garden with his five-year-old son sharing the wonders of nature, as well as the rare time he can hand him off to someone else and enjoy one of Vancouver’s great restaurants alone with his wife.

Jani joined Ad Standards in 2016, as President and Chief Executive Officer. A leader in the Canadian advertising industry, Jani has 30+ years of industry experience, most recently at the Institute of Communication Agencies (ICA) as President for nine years. Before ICA, Jani held various senior roles at leading Canadian communication agencies. A volunteer in both the Canadian and global advertising/marketing industries, Jani is currently an Executive Committee Vice-President for the International Council for Ad Self-Regulation (ICAS), she is on the ACTRA Fraternal Benefits Society’s Board of Governors and serves as a member of the Humber Advisory Board. Jani is also a CMA accredited Chartered Marketer. 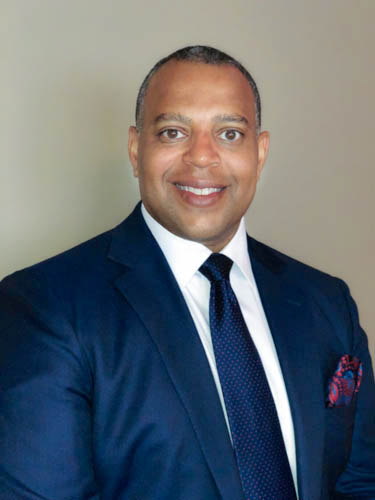 Garth Thomas is Managing Director of Business and Financial products at the Globe and Mail. In this role, Garth is responsible for the business operations, strategy, commercial performance and new business initiatives across all platforms for the Globe and Mail’s business and financial products that include Report on Business, Report on Business magazine, Globe Investor, and Globe Advisor. Prior to the Globe and Mail, Garth spent over 20 years at Rogers Media where he was responsible for launching and developing business initiatives which included - Todays Parent Approved, The Growth 500 and the Maclean’s University franchise among others. Prior to 2017, Garth was  Executive Publisher responsible for the business operations of Rogers Publishing’s extensive portfolio of over 20 brands that included titles such as Maclean’s, Chatelaine, Hello!, Marketing, The Medical Post and Advisor.ca 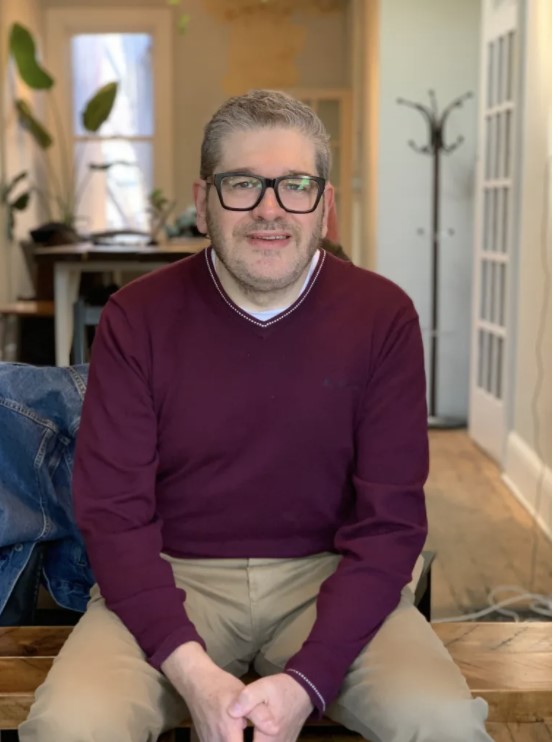 Chris Powell is the co-founder and editor of The Message, a three-year-old publication covering Canada's marketing and media industry. He has been writing about Canadian marketing and business for more than 20 years. 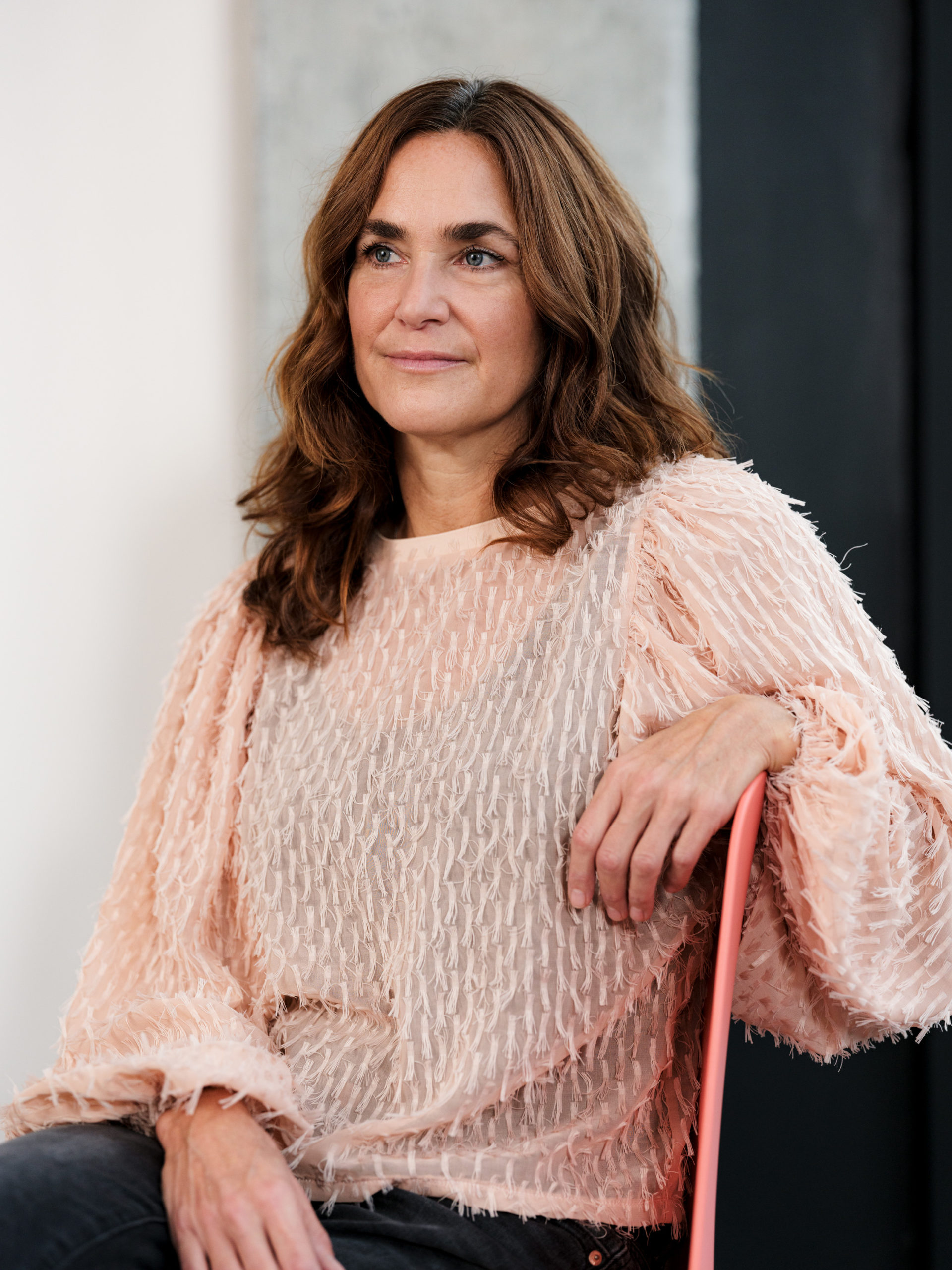 An ad child with strong business acumen. After over 25 years spent launching and repositioning brands to make them culturally-relevant, Anne-Marie's need for new challenges led her to develop lg2's expertise in innovation. Her creation of a fast track innovation process has already helped many Canadian companies solve growth threatening business problems by creating new high value products and services in highly competitive markets 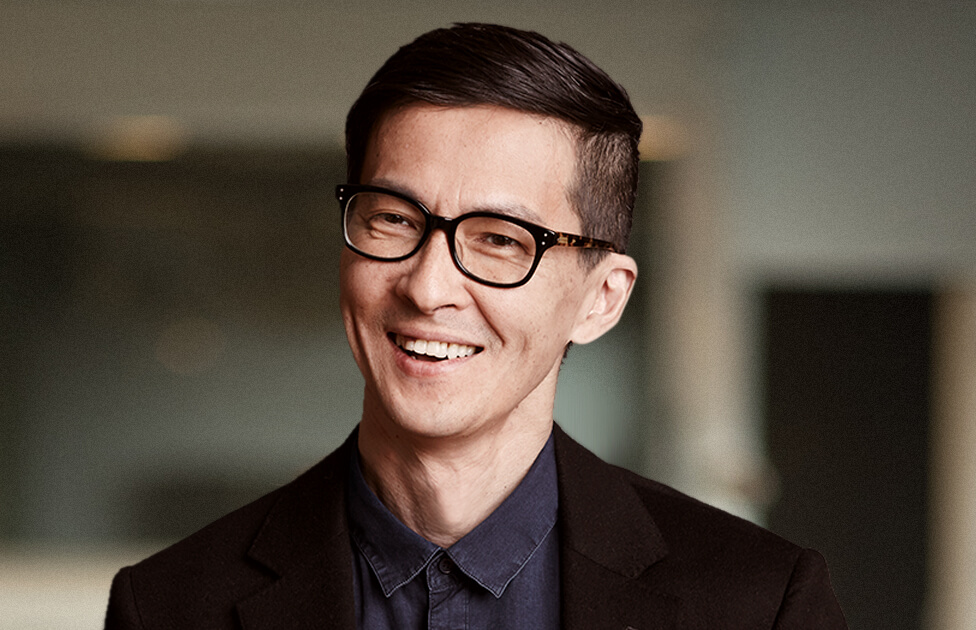 Raised in New York City and now proudly Torontonian, Wahn’s career spans 20 years as a strategist and innovator in multiple sectors. Wahn’s early training in strategy was at JWT New York and Toronto, where he was mentored by legendary strategist Sarah Moran, SVP of Planning for JWT Canada. His first accounts included Kellogg’s, Shell, Nestle, Magna International and SickKids.

Wahn went on to become senior director and strategist at JWT, where he was instrumental in developing and launching Ethos, a WPP global consultancy specializing in cause-related marketing and corporate responsibility strategy.

He went on to win numerous Cassies Awards for outstanding business results through advertising. He led the team that created memorable campaigns such as the SickKids “Believe” campaign which raised over $500 million for the hospital, and the “Because I am a Girl” global campaign that directly led to the creation of the U.N.’s International Day of the Girl. Working closely with Tyler Brûlé of Winkreative, he also co-led the design teams that created the Union Pearson Express, the first high speed air rail in the Western Hemisphere.

Wahn is currently President of creative agency Bleublancrouge (BBR) Toronto, and is one of the founders of the Humanise Collective. Both BBR and Humanise have been finalists for Agency of the Year multiple times since 2016. Wahn also co-founded L’Institut Idée, a unique strategic consultancy that uses Connected Intelligence approaches to master planning.

Wahn attended Harvard College and Columbia University Business School and is a proud board member of POV, an organization dedicated to helping promising creators of colour find careers in advertising and film. 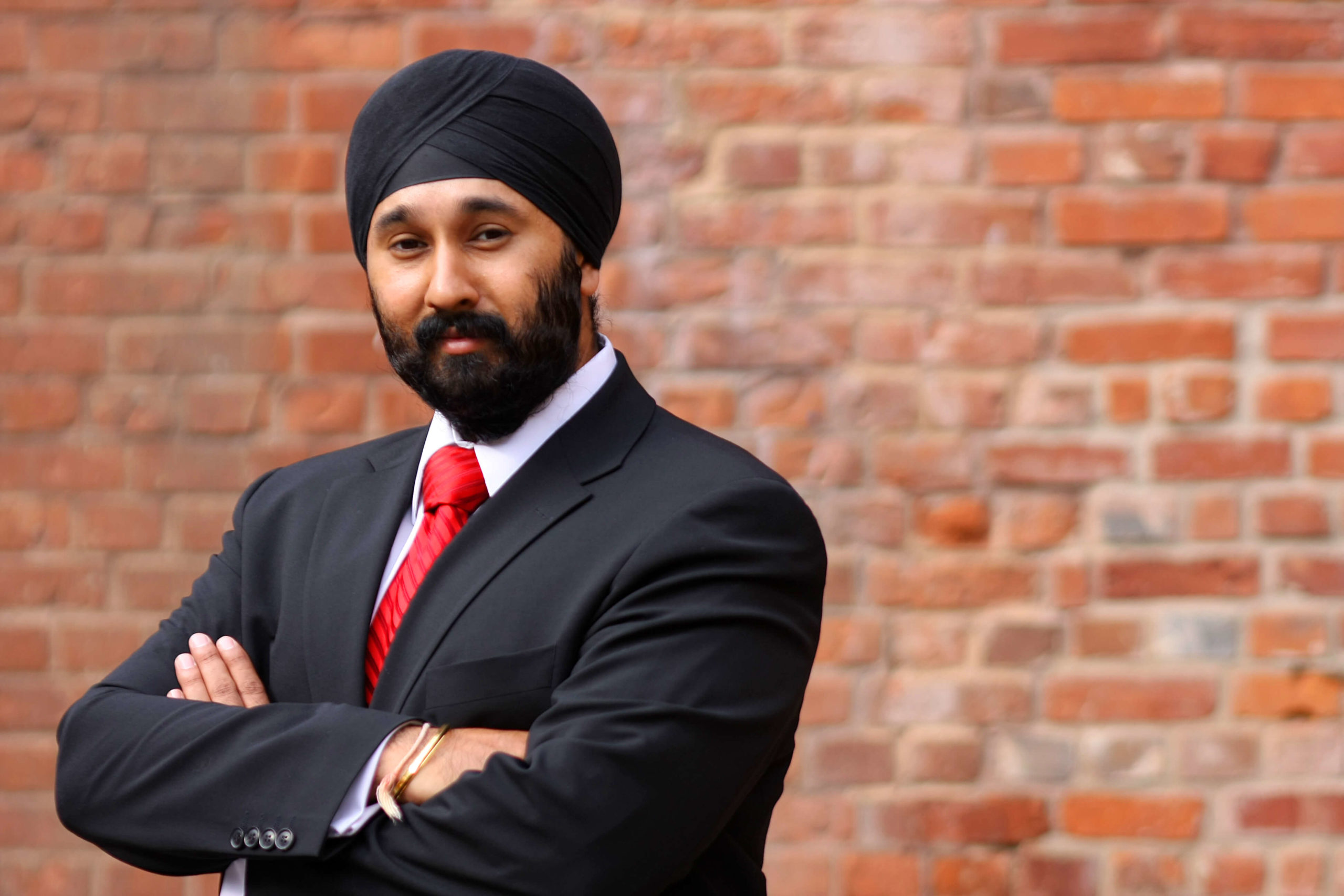 Bobby has earned national and international recognition for his work and thought leadership. Bobby also loves teaching, having guest-lectured at many universities and regularly speaks at industry events and conferences across North America. Bobby has also served a variety of advisory boards including Imagine Canada, Seva Food Bank, Road Hockey to Conquer Cancer and Credit Valley Conservation Foundation. Most recently, Bobby was elected to the Hockey Canada Board of Directors and is on a mission to help grow the game of hockey for all Canadians. Bobby earned his MBA from the global Kellogg-Schulich Executive MBA program with cross-cultural studies in Hong Kong, Germany, Miami, Chicago and Toronto. He also holds a Bachelor of Science & Business degree from the University of Waterloo.

Architech builds the tailored digital platforms you interact with every day from the brands you love and trust — Telus, RBC, Air Miles, and more. Architech specializes in modernizing legacy platforms and delivering innovative cloud solutions. Their commitment to excellence has earned them the prestigious Microsoft Global Partner of the Year Award.